An obsession with English 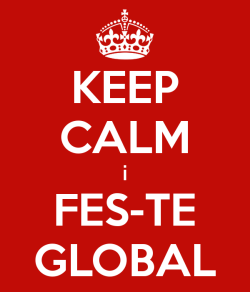 It has become increasingly common in Catalonia, as part of our international outlook, to include messages in English in corporate discourse. In some cases English has even displaced Spanish and Catalan completely, becoming the sole language for marketing of the organisation concerned. Take, for example, these business and research-oriented Catalan enterprises with websites exclusively in English: Sequentia, Barcinno. These organisations have gone the whole hog. Their use of English is not complementary to messages in other languages. It is the medium and the message, take it or leave it. Similarly, truly international events such as the Mobile World Congress have a web page only in English, even though the event takes place in Barcelona.

In many other cases, organisations make an effort to publish content in English in order to project a more international image, without abandoning our own languages, Spanish and Catalan. In such cases, the content is typically complementary and, it is hoped, lets the web site cater to a wider audience without abandoning Catalan or Spanish.

The effort to publish relevant up-to-date content in three languages, however, should not be under-estimated. In the long run, for many organisations it may not be sustainable. Should they give up? 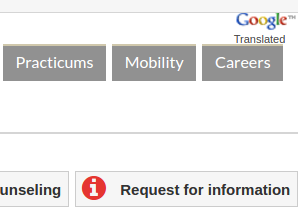 Faced with this dilemma, some organisations choose to translate just strategic content into English. See, for example, the Generalitat of Catalonia web site: www.gencat.cat. There, many pages are available in English, but once you get down to a more detailed level the content is often only available in Catalan. Other web sites offer automatic translation, either on demand (with a Google Translate click, for example) or without user intervention, but usually with a logo somewhere on the page indicating that automatic translation has been used. See, for example, the UVic-UCC web page on the degree course in Mechatronics Engineering in English.

Thus we read about the problems of ciberbullying and grooming in Spanish, rather than ciberacoso and captación de menores, as if the problem were better identified in English; and as if we were better informed for using the English terms.

Sometimes, use of English terms really is almost inevitable. For example, advertainment refers to advertising in films, sometimes called branded content. Somehow una mezcla de publicidad y entretenimiento just doesn’t cut it. To some extent, use of English is inevitable as new ideas spread out, along with terms to express them, often from the USA. Consequently, it is considered normal in certain contexts to make mixed-language affirmations such as

A mixture of Catalan and English at UVic-UCC

The use of English words where Spanish or Catalan would do just fine is, in my opinion, a kind of social posturing and without appropriate counselling from language experts it is difficult to carry off successfully. Such intentional use of foreign words perpetuates the myth of the superiority of English language and culture, and belittles our own languages by avoiding their use.

Does this bother you too?

I’m a teacher living in Osona, Spain. I'm into tennis, dogs, and chickens. I’m also interested in translation and Moodle (well, digital tools for teaching, in general).
View all posts by Richard Samson →
This entry was posted in Catalan, English, Spanish, Translation. Bookmark the permalink.