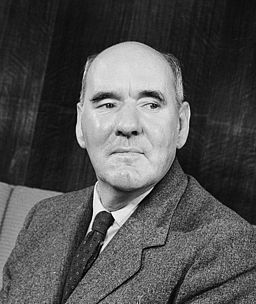 The other day I was involved in an online discussion in which one of the participants wrote that we were bikeshedding. I was unfamiliar with the expression so I looked it up. It means wasting time on details while not attending to the most significant aspects of a problem, a phenomenon that we are all familiar with.

The expression was coined by C. Northcote Parkinson (30 July 1909 – 9 March 1993), who died 26 years ago. Parkinson was a profilic naval historian, author and academic, and was noted for his satirical writing in the 1950s, in particular, Parkinson’s Law1, which became a bestseller in the USA and the UK, capturing a certain zeitgeist of anti-bureaucratic sentiment. The Parkinson’s Law of the book title is precisely stated as “Work expands so as to fill the time available.” Although intended humorously as a criticism of mismanagement, as with all satire, there was sufficient truth in the description for it to strike a chord.

Parkinson proposed various other related axioms, one of which is his Law of Triviality, which states that members of an organisation give disproportionate weight to trivial issues. The term “bikeshedding” comes from a description of a fictional finance committee meeting that devotes an inordinate amount of time to discussion of a proposal to build a bicycle shed, while giving little time to other far more important items on the agenda. The expression has been particularly popular in software development contexts over recent years.

In academic and business contexts, there are various related concepts, all of which describe sub-optimum performance, in impeding others and oneself from getting things done. Here is a selection:

To this day Parkinson is revered as something of a management and public administration guru, and on the occasion of the anniversary of his death, I offer this brief homage to him. Happy bikeshedding!