Editor’s note: This text follows up on the Cápsulas online conversation between Peter Bush and Ronald Puppo of 16th November. Watch the full interview on YouTube. The last Cápsulas de traducción in the current series will take place tomorrow evening, Tuesday 14 December, at 19:00 CET. Xosé Castro will be in conversation with Richard Samson on the subject of “Comunicación efectiva en las redes” (in Spanish). Register at Cápsulas de traducción 2021-22. Conversaciones en línea 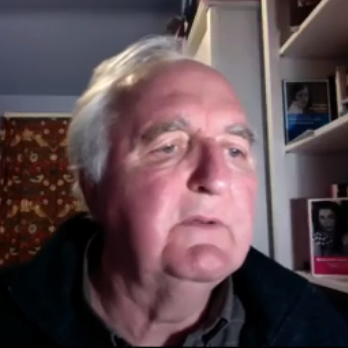 The first order of the day was to discuss a question that had come up in class. With so many revisions (7 or 8 or more!), how can a literary translator know when the translation is finally finished? How do you know when to say, “This is it!”?

The seasoned freelancer replies, “A translation is never finished.” This echoes a similar statement by the late Arthur Terry, who once confided, “You never finish a translation. You walk away from it.” Of course, we might ask the same thing about the writer of an original work: How does the writer know when a work is complete? As it turns out, translators face the same practical problem as writers themselves. The all-important process of seemingly endless revisions and decisions is magnificently illustrated by Bush’s groundbreaking English translation of Fernando de Rojas’ Celestina (Penguin Classics, 2009), in which the translator sought to produce a text with a “fresh ring”, shunning any faux-Elizabethan style and striving for a text as fresh to the modern ear as was Rojas’ work to the ears of his contemporaries: blending, Bush notes, “courtly love high vernacular and streetwise Spanish”.

The Spanish Civil War. Voices from the inside

Translations of works by authors living and speaking from the inside – writing about what was happening in their own country – bring to English readers a direct perspective that is not coloured by the shortcomings of an outsider’s view. With his translations of Civil War novels by Catalan writers such as Mercè Rodoreda, Joan Sales, Emili Teixidor and Rosa Maria Arquimbau, Bush seeks to “combat the self-sufficiency of the English-speaking world and its culture”, where “priority is given to accounts by English people about what goes on abroad”. Narratives by outsiders such as George Orwell and Ernest Hemingway certainly open a window on the war, but once it is over, they head for home. Translation brings to light accounts that give a “sense of the whole process” by those who lived it – the Second Republic, the war, the dictatorship, exile, and in some cases, eventual return.

When he first read Arquimbau’s Forty Lost Years, Bush tells us he was reminded of J.D. Salinger’s Catcher in the Rye, spotlighting an “adolescent point of view so original and so new; a voice I had not heard before either in Catalan or in Spanish writing”. Comparing and contrasting Rodoreda’s and Arquimbau’s heroines, Natàlia and Laura, Bush remarks how “both are extremely Catalan, but universal at the same time: women on the home front – the experience of women during war is something that is often forgotten,” as “much more emphasis is on the men who go off to fight”. Similarly, Bush’s translations of Josep Pla (The Gray Notebook, Life Embitters, Salt Water) open new ground for English readers: “I’ve been constantly amazed by the originality of these Catalan writers, who have been marginal in the teaching of Spanish literature and in Spanish departments”. Finally, when queried about men translators giving voice to women writers, there is no question of Bush being aware of a writer “looking at the world through the perspective of a woman,” yet there is no doubt that women writers, like men writers, are writing about, and for, both women and men.

The ethics of the translator

Responding to a question about the limits on modifying a work, Bush reminds us that literary translation is a total modification of the original: rewriting, transforming something from one language into another with the “hope of approaching the originality of the text I’m translating in my own language”. Bush invites us to think of translation as a kind of performance: rehearsing your script, revising and polishing it, honing it. When asked how much of himself can be found in his translations, Bush replies that the thousands of translation choices are the result of his reacting to a text written by someone else, so these choices are “not totally” his: “You’re moving from the work of someone else to yourself – it’s going through you”. Nor is the process entirely subjective since translators exercise self-criticism, control and distancing. Interpretation and creativity must pass the checkpoints of authorship that is ultimately answerable to another author. 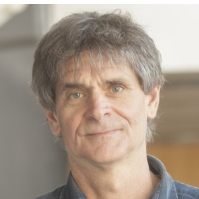 This entry was posted in Catalan, English, Profession, Spanish, Translation. Bookmark the permalink.