Fun with back translation 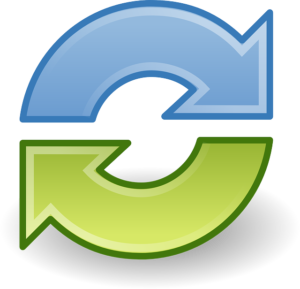 Reverse translation refers to translating out of your native language into a foreign language, an activity that many interpreters do but not many professional translators. An excellent active knowledge of the foreign language is required, no doubt. Professional interpreters do this more than written text translators, and this is acceptable for a variety of reasons. In part, because interpreting is context driven and, usually, single use. Also because oral errors somehow seem less serious than written ones.

But this is not to say that reverse translation or writing in a foreign language is impossible, just that it is difficult. Previously, in Tradiling, we have mentioned eminent writers that published directly in a second or third language.

Back translation in the title of this article does not necessarily refer to writing or translating into a second language. What I am referring to here is re-translating any translated text back into its original language (without knowledge of the original). This activity is sometimes used in professional contexts as a quality indicator in translation processes, as described here:

From The What And Why Of Back Translation And Reconciliation, Language Scientific

Back-translation has also occasionally been proposed as an awareness-raising activity in translator training. See for example, Backtranslation: How faithful can you be?, p.123, in González Davies, M. (2004). Multiple voices in the translation classroom: Activities, tasks and projects.

Back translation can also be used in a game format or as a classroom activity, as I describe below for the Spanish-English language pair. An example will make this clearer.

The idea for this group activity focusing on translation came to me some time ago, on reading a Dictionary.com article titled Quotes From Spanish Authors That Will Inspire You To Take A Language Lesson.

Here are some other translated quotes you could use to play the game.

If you want to play the game by yourself, have a go before consulting the key below.

This back-translation game can be played with any kind of text. It doesn’t have to be literary. It could be technical or religious, for example. Or why not try it with the lyrics of pop songs?

I’m a teacher living in Osona, Spain. I'm into tennis, dogs, and chickens. I’m also interested in translation and Moodle (well, digital tools for teaching, in general).
View all posts by Richard Samson →
This entry was posted in English, Fun, Spanish, Translation. Bookmark the permalink.