How to be rude 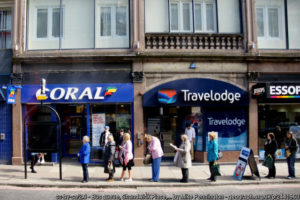 Bus queue in Edinburgh, a matter of personal space

Cross-cultural awareness is an important field of study nowadays, particularly in training of specialists for international trade. Obvious differences (currency, tipping, driving on the left, bank opening hours) are fairly simple to get used to. Some other differences are more subtle, and you may not notice them at all unless they are pointed out to you.

Casual or unintentional rudeness is often a result of ignorance of cultural norms abroad. As a British person who has lived in Catalonia for many years (mostly in Osona, but also in Barcelona), I have often experienced moments of minor friction through non-correspondence or misinterpretation of my own and others’ behaviour. Please note that the evidence I have for these observations is purely anecdotal.

How to be rude in Catalonia

Here are some things that Catalans have a problem with, and which are complicated for British people.

How to be rude in Britain

It is easy to be rude in Britain too. Here are some common problems for Catalans, and other Spanish people, in general.

Cultural norms encompass much more than politeness conventions, of course. Many behaviourial differences are quite subtle and can easily pass under the radar. Whatever the case, the usual caveats apply. These are all just generalisations, so be prepared for exceptions!

I could go on for a long time about differences betwen British and Catalan social customs: punctuality, going round to other people’s houses, queuing, footwear, showering, holidays, food, drink, swearing, the list goes on.

I’m a teacher living in Osona, Spain. I'm into tennis, dogs, and chickens. I’m also interested in translation and Moodle (well, digital tools for teaching, in general).
View all posts by Richard Samson →
This entry was posted in Culture. Bookmark the permalink.