I didn’t use(d) to worry about these things 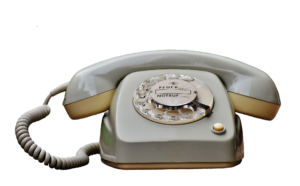 Did you use(d) to have a phone like this?

In a sentence like the one in the title, which is correct,”use” or “used”?

The answer is that both are correct, but not everybody agrees about this. Going into more detail, let me start by quoting some authorities. I have selected a few prestigious voices, not individual opinions.

Cambridge dictionaries accept both forms but recommend just one (“in exams”).

The negative of used to is most commonly didn’t use(d) to. Sometimes we write it with a final -d, sometimes not. Both forms are common, but many people consider the form with the final -d to be incorrect, and you should not use it in exams: It didn’t use to be so crowded in the shops as it is nowadays.

Macmillan dictionaries consider that questions and negatives should be formed with “did(n’t) use to”.

Used to is usually followed by an infinitive:
We used to swim in the river.
But sometimes the following infinitive is left out:
I don’t play golf now, but I used to.
Used to only exists as a past tense.
Questions and negatives are usually formed with ‘did’ + use to (with no ‘d’):
Did you use to work here?
We didn’t use to earn much.
The spelling ‘did used to’ is sometimes used, but many people think that this is wrong.
In formal English, negatives are often formed with used not to:
They used not to allow shops to be open on Sundays.
The short forms usen’t to and usedn’t to are sometimes used, but they sound rather formal and old-fashioned.

Oxford University Press English Language Teaching consider that questions and negatives should be formed with “did(n’t) use to”.

Complete the sentences with the affirmative, negative or interrogative form of used to and the words in brackets. Use contractions where possible.

Cobuild consider that the negative of “used to” can be formed in three ways but the interrogative should be formed with “did” and “used to”.

The phrasal modal used to has three negative forms: used not to, didn’t used to, and didn’t use to.

Wiktionary accepts all forms but declares that “use to” in negatives and interrogatives is more common in American English.

What is going on? Why is there such diversity of opinion?

Since it is an anomalous verb, anything goes! But, with its “-ed” spelling, “used to” looks like the past form of a regular verb (and indeed this is its etymology), so it is perhaps not surprising that many people prefer to parse it like a regular verb in interrogatives and negatives. (This is entirely a question of spelling, since the pronunciation is invariable: /juːs(t).tu/ or /juːs(t).tə/.)

Returning to the original question – Which form is correct? – both are, despite what some may say.

We note that this is not the only time that a word in English looks like one kind of beast but behaves like another. For example, “news” is not plural; “made” is past but “fade” is not; “belated” is not a verb; “darling” is not a present participle. These are different cases, granted, but the point I am trying to make is that language is often more irregular than we care to admit.

And to finish with, I note that there is no ultimate authority and no definitive answer to this kind of question. English is a liquid language for our liquid times!