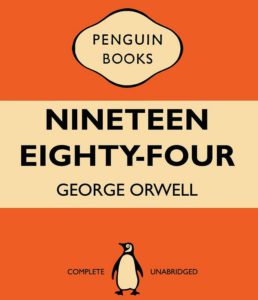 For some time now the Terminology Coordination Service of the European Parliament, IATE, has been featuring a weekly item. A recent item was fake news, selected as Word of the Year (WOTY) by the Australian Macquarie dictionary, from among many other candidates, quite a few in a similar vein, such as “alt-right” and “alternative facts”.

Meanwhile, Oxford Dictionaries chose post-truth as their WOTY 2106. The successful Brexit and Donald Trump campaigns last year relied heavily on misrepresentation of the facts, in my opinion, and on appeal to the emotions over and above rational discourse and debate.

Noah Berlatsky reminds us that this is all just propaganda, and not at all new. Indeed, Orwell in his classic dystopian novel “1984” came up with terms such as newspeak, facecrime, doublethink, crimethink, thoughtcrime, etc., that sit well alongside current social media neologisms.

In Catalonia, we have our own experience of the “new propaganda”. Four years ago the newspaper Ara published La batalla semàntica del procés en 38 paraules. Interest in El vocabulari del procés has not abated since. Indeed, the power of words should not be underestimated. Perceptions will no doubt have a decisive influence on the outcome of events in Catalonia and Spain, where currently both the Madrid and Barcelona governments claim to defend democracy, while going at each other (figuratively) hammer and tongs.

I’m a teacher living in Osona, Spain. I'm into tennis, dogs, and chickens. I’m also interested in translation and Moodle (well, digital tools for teaching, in general).
View all posts by Richard Samson →
This entry was posted in Culture, Word reference. Bookmark the permalink.