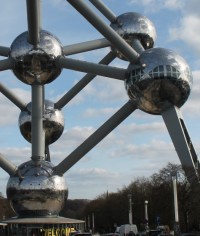 A whole host of things can go wrong in a translation project. Translators accept that occasional mistakes are hard to avoid and hope they go undetected. After all, if nobody notices, who is to say that a mistake has been made? Was it even a mistake? Perhaps just a ripple, rather than a wave.

But there are occasions when an unintended translation mistake can have alarming consequences. David Bellos, in his breath-taking survey of translation, Is That a Fish in Your Ear? (2011), relates the diplomatic confusion resulting from a translation error that ratcheted up the tension between France and Germany prior to the outbreak of war in 1870. Apparently, Bismarck sent an open message from the King to the French Ambassador by the hand of the “Adjutant of the day” (Adjutant vom Dienst), a high-ranking regal court official. In Paris, the message was translated and distributed to the newspapers by the services of the Havas news agency, but “Adjutant” was not translated, since it is also a word in French. But in French it refers to a low military rank, the lowest kind of officer. The French were outraged by this snub, the act of sending such a lowly messenger. How bad were the consequences? We will never know, but only six days later, war broke out.

I was reminded of this incident recently, when I read about a mistake in translation in the documents that Carles Puigdemont’s lawyers submitted to a Belgian court in proceedings against the Spanish Supreme Court investigating judge Pablo Llarena.* They have accused him of a flagrant violation of the judicial principle of presumption of innocence (vulneración flagrante de su presunción de inocencia), together with a lack of impartiality and other faults. One of the documents submitted as evidence of his unethical approach was the transcription of a talk that Llarena gave last February in Oviedo, including an unfortunate error of translation in the French text submitted to the court.

In Oviedo, Llarena said this:

But the text in French was submitted to the court like this:

Clearly, the French text indicates that Llarena decided the guilt of the accused before carrying out his investigation. That is, Llarena is not an impartial judge.

“Troquel” denounced the translation error on Twitter (@troqueliano) on 26 August, accusing Puigdemont’s lawyers of intentionally manipulating the text in order to strengthen their case. He affirmed that, in the light of many other stylistic errors in the French text, it was inconceivable that the translation had been carried out professionally.

Subsequently, when the initial hearing was held in Brussels at the beginning of September, Puigdemont’s legal team made light of the whole affair, and amended the text that they had submitted before.

Meanwhile, nobody has admitted responsibility for the wayward translation.

And, thankfully, on this occasion nobody is going to war.

* As Tradiling readers will know, Puigdemont is the former President of the Government of Catalonia, who fled from Spain in October last year, after attempting to lead Catalonia to independence, in the face of the opposition of the Spanish Government and various unfavourable verdicts of the Constitutional Court. Since then Puigdemont and more than a dozen other Catalan separatist leaders have been under investigation in absentia or while held on remand. The cases are expected to be heard in November.