Is Britain’s democracy under threat? 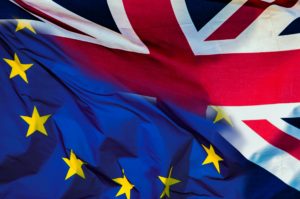 For centuries Britain’s Parliament has been respected as one of the oldest and most reputable democratic institutions in the world. However, recent events have put that status in grave doubt, and there is huge uncertainty about what will happen in the next few months. Britons and concerned citizens are watching anxiously to see what happens next.

You would have to be the most isolated of hermits not to be aware of the crisis in the UK caused by the Brexit referendum that took place in mid-2016. By a small margin the UK voted to end its 43-year relationship with the European Union (EU). Some commentators put this result down to the rise of English nationalism. Scotland and Northern Ireland voted to Remain and Wales was less pro-Brexit than England.

However, the terms of departure were never discussed and the result has been three years of bitterness and turmoil as the British government, under the unsteady leadership of Theresa May, tried to negotiate a settlement that would give the UK all the benefits of membership with none of the responsibilities. The EU were never going to countenance that idea – quite apart from anything else because of the precedent it would set for other discontented members.

As it turned out, May couldn’t get enough MPs in her own party to support her deal. As a result, May resigned and was replaced by Boris Johnson. The peculiarity of the unwritten British constitutional system means that although less than 0.13% of the population (members of the Conservative and Unionist Party) actually voted for him to be Prime Minister and he no longer commands a majority in Parliament, he now wields power. Unlike May, Johnson has shown no reluctance to use that power to achieve his own personal agenda – a rapid exit from the EU, with no concessions.

In the last week of August Johnson used his executive power to prorogue this unruly Parliament – to stop it meeting to debate and possibly vote down a ‘no deal’ scenario, whereby the UK would crash out of the EU with no trading or legal relationship with the rest of the European continent.

What happens next? Nobody can really know. However, what is almost certain is that there will have to be a general election, probably in October or November of this year. Whatever the outcome of Brexit, Johnson will be unable to continue governing without a new electoral mandate and a real working majority.

By the way, if you are a British or Irish national resident overseas for less than 15 years and were previously registered to vote in the UK, you can register online as a voter from anywhere in the world. It takes 5 minutes – just go to the UK government website at https://www.gov.uk/register-to-vote.

(Text based on an original article by John Goodman)