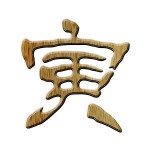 Down the years there has been a lot of debate about the side-effects of language learning at different ages on intelligence in general. For example, we know that bilingual infants often start to speak later than monolingual children.

Some older studies on immigrants seemed to indicate that bilingualism led to cognitive confusion, presumably as a result of a kind of battle inside people’s heads. Bialystok (2008) in a review of the research literature concluded that

The effect on linguistic performance is generally seen as a deﬁcit in which bilingual children control a smaller vocabulary than their monolingual peers and bilingual adults perform more poorly on rapid lexical retrieval tasks.

But she also found that executive control functions of the brain in general (reading comprehension, cognitive skills and intelligence) were enhanced among bilinguals and performance was particularly good in elderly bilinguals.

A new study by researchers at the University of Edinburgh has confirmed these findings. So, apart from the career opportunites that second languages offer, there is more to be had after retirement.

I’m a teacher living in Osona, Spain. I'm into tennis, dogs, and chickens. I’m also interested in translation and Moodle (well, digital tools for teaching, in general).
View all posts by Richard Samson →
This entry was posted in Profession. Bookmark the permalink.