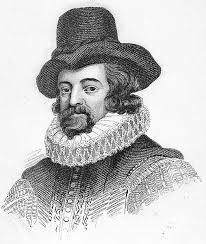 It wasn’t until years later when I saw it written down that the penny dropped.

Misinterpreting something you have heard is much more common than we care to think. In everyday communication it often goes unnoticed because the expression is not repeated but when it forms part of an oral text such as a poem,  a saying or a song, it will usually be flushed out in the end, much to the surprise of the person who has invented the alternative version.

Rewordings of this kind are particularly common in pop music, it seems. In 2016 the NME published a long list of misheard song lyrics. Here are their top five:

Misheard song lyrics are so common that there is even a popular website that collects examples, kissthisguy.com, the name of which is itself a misheard Jimi Hendrix lyric.

The most common term for this phenomenon is “mondegreen”, a word with a rather literary heritage. According to Dictionary.com, Sylvia Wright coined this term in 1954. Wright reportedly believed that the first stanza of “The Bonnie Earl O’Moray,” a 17th century ballad, featured two unfortunate aristocrats:

Ye Highlands and ye Lowlands,
Oh, where have ye been?
They have slain the Earl O’Moray
And Lady Mondegreen.

The correct phrasing of the fourth line is, “And laid him on the green.”

Mondegreens are interesting from a psycholinguistic point of view, throwing into relief how listening and giving meaning to what we hear is a creative process. The substitution of exotic content with more familiar words is an example of confirmation bias, according to some. The phenomenon can occur in any language. In Spanish it is known (unofficially) as a pomporruta. The Sinfaltas.com blog has collected some good examples, including these:

Els errors de percepció auditiva en la llengua catalana (2015) is a final year project by Laura Berja at the University of Girona, who was able to collect various lyrical examples in Catalan, such as the following.

Apparently mondegreens are a well-known phenomenon in German and in French, whose authors have often deliberately indulged in this kind of wordplay. For instance, the title of the 1983 French novel Le Thé au harem d’Archi Ahmed (Tea in Archi Ahmed’s harem) by Mehdi Charef is based on the main character mishearing le théorème d’Archimède (Archimedes’ theorem) in a maths class.

*I am grateful to Ricardo Muñoz for sending me this anecdote, which I am now glad to share with you.

I’m a teacher living in Osona, Spain. I'm into tennis, dogs, and chickens. I’m also interested in translation and Moodle (well, digital tools for teaching, in general).
View all posts by Richard Samson →
This entry was posted in Catalan, English, Fun, Spanish. Bookmark the permalink.