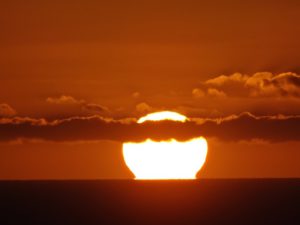 Image by Ralf Beck from Pixabay

How do you translate? Do you use any particular platform? Or are you still using a word processor and a dictionary? These days most professional translators work in a web editors of one kind or another in a platform that is totally online. The immediate work context of the translator is just a window into an online database containing the original and the translation, as well as other data of interest (such as terminology, format codes). Translators are often heard complaining about this way of working, in particular because of the lack of context when translating segment by segment. But the productivity gains are enormous. Translators can no longer easily undermine the structural integrity of translation documents and files by manipulating the overall format of a data file. Translation work can be mined for future benefit. Quality control mechanisms can detect all kinds of common issues automatically. The list goes on.

The first freely available popular online translation editor was Google Translator Toolkit, which was launched in June 2009. So it has just celebrated its 10th birthday. Recently, however, I received a not totally unexpected message from Google:

Google Translator Toolkit to be shut down on December 4, 2019

Google Translator Toolkit launched over a decade ago to help our users, translators, and the world create and share translations. When we first launched, there were few web-based options for translation editors, but now there are many great tools available, including Google Translate, which will continue to be available and is unaffected by this. As a result, we’ve seen declining usage for Translator Toolkit over the past few years. So now, after many years and billions of words translated, we’re saying goodbye to Translator Toolkit. A warm thank you to our users around the world…

I count myself among the manifold users who resorted to Google Translator Toolkit (GTT) often, but recently I have stopped doing so. And, they are right, the reason for this is that there are now other, more powerful, more configurable web translation editors available.

But we should not forget how powerful GTT is, and what a game changer it was. Although it never had any usable project management tools, at the document level it allowed translators to freely pre-translate documents while maintaining the format of the original document, with support for over a hundred languages. For the first time, translators could translate in an assisted work environment between many less-spoken languages. For the first time, professionals working in such languages could resort to tools previously only commercially available for the dominant language communities. For myself, I often used to translate whole documents in GTT, export the result, and proceed to do post-editing on the raw output. It was a whole new world.

I remember reading at the time how, along with books, dictionaries, etc., GTT started life through the import of alignments of the UN’s body of parallel texts in English, French, Spanish, Russian, Arabic and Chinese. And, of course, we all fed Google Translate too. The billions and zillions of segments that human translators validated in GTT were all grist to the Google Translate mill.

Over time, Google Translate, the platform behind GTT, improved. Google illustrated how in the cute video below.

Inside Google Translate, published on 10 July 2010

Over the years, Google Translate has become very big business. In 2018 it was reported to translate some 100 billion words per day, probably a conservative estimate. The closure of GTT follows on soon after that of the Google Translate widget, which used to provide approximate translations of myriad web pages.

It seems that Google is withdrawing free translation services which no longer benefit the company itself, in terms of human post-edited content. Now the sun is setting on Google Translator Toolkit. But Google Translate itself marches on and is used now more than ever.

I’m a teacher living in Osona, Spain. I'm into tennis, dogs, and chickens. I’m also interested in translation and Moodle (well, digital tools for teaching, in general).
View all posts by Richard Samson →
This entry was posted in Digital stuff, Profession. Bookmark the permalink.