What do a bear, a wagon and a pan have in common? 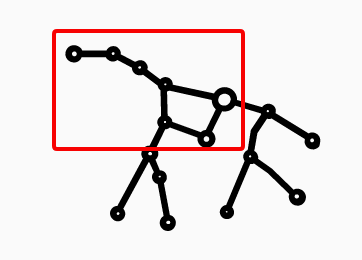 Ursa Major, based on an original Creative Commons image by Libby White (https://thenounproject.com/term/ursa-major/1370777/). Here the seven stars of the Big Dipper are highlighted.

They are popular names for the seven most well-known stars in the Ursa Major constellation, which becomes very prominent in the night sky at this time of year.

This group of stars, a so-called asterism, has been known since ancient times, receiving many different names around the world, particularly in the northern hemisphere, where it is most visible.

In the USA it is known as the Big Dipper, referring to a ladle or pan for dipping into liquid. In the British Isles, it is usually known as the Plough. In Catalan it is known as “el Carro Gran” (among many alternative names1), and the wagon name is most popular in other European languages too.2

As you can see in the image, the Big Dipper forms the tail and part of the body of the Great Bear (Ursa Major), a constellation that includes various other stars not so visible as the seven of the Big Dipper. The imagined bear has its tail in the air on the left and its head on the right. 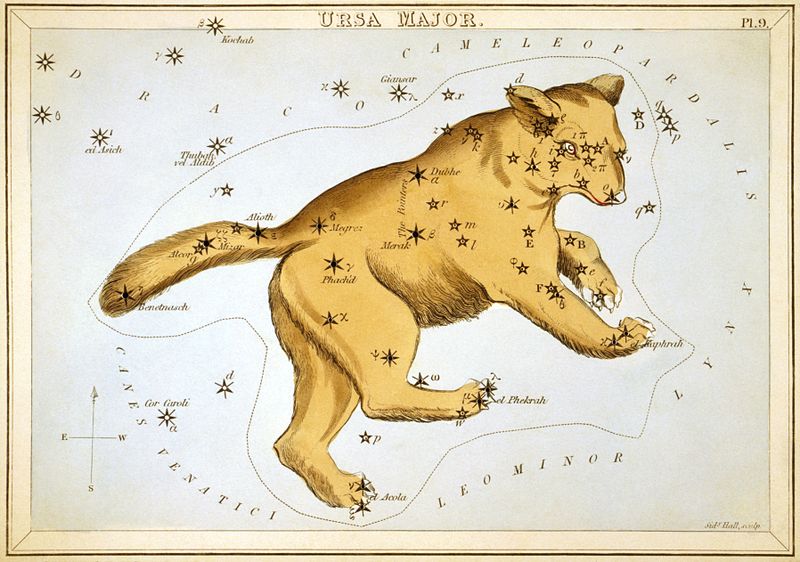 There has never been a better time to look towards the sky. Since long before the distractions of the internet, TV and city lights, the night sky has been humanity’s main after-hours entertainment over the millennia. On the night of the northern hemisphere winter solstice, 21 December, Jupiter and Saturn will seem to almost touch each other in an event known as a Great Conjunction. If you want to see this singular event, find a clear spot, such as a park or a field, clear of high buildings or steep hills. Jupiter and Saturn are bright enough to be visible even in cities.

If you are in Spain, after sunset look south-west, low in the sky. Jupiter should be clearly visible, with Saturn close at hand. Saturn is a weaker spot, slightly above and to the left of Jupiter until 21 December, after which Jupiter will appear above Saturn. The best time to look will be between 18:15 and 19:00. Let’s hope for a clear sky and we should be able to see the planets with the naked eye. Even better with binoculars or a small telescope. Maybe we will even see Saturn’s rings.

Wishing a great Solstice to all Tradiling readers!

The information in this article is based on Wikipedia and NASA. The Ursa Major image is available on Wikicommons.

This entry was posted in Fun, Profession, Word reference. Bookmark the permalink.