When language can be murder 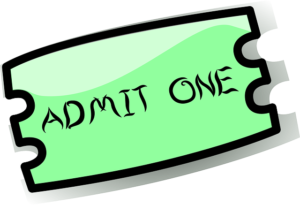 As a young man, Sydney Silverman spent three years in jail doing hard labour as a result of his conscientious objection to fighting in the First World War. The 8th October is the anniversary of the birth of this radical British politician, who at the end of his life, in 1965, managed to bring capital punishment to an end in Great Britain, after campaigning on the issue for some 20 years. Capital punishment had by that time become controversial and unpopular because of some notorious miscarriages of justice in the 1950s.

One of these was the tragic case of Derek Bentley, found guilty of murder and executed in 1953, at the age of 19.* In fact, it was Bentley’s younger accomplice, Christopher Craig, who committed the crime, injuring one officer and shooting another policeman dead, but Bentley was convicted as party to the murder, though at the time he was unarmed and had already been detained. At the trial, it was alleged that Bentley shouted “Let him have it!” to Craig just before the first shot. The prosecution argued that the intended meaning was the instruction “Kill him!”. The defence argued, unsuccessfully, that the words should be interpreted as meaning “Surrender your weapon!”

As linguists and translators, we know how language use is open to all kinds of interpretation. The approximate nature of communication is often striking. In the above context, two widely divergent interpretations (at least) are possible. The same expression can be interpreted as meaning different things in the same context. Similarly, a single text can be interpreted as meaning different things in different contexts. For example, “Are you looking at me?” is likely to be interpreted differently when said by a stranger in a threatening tone with finger pointing and staring or when said calmly by an optician carrying out an eye test.

There are many factors in communication that can lead to differing interpretations. An important source of approximation is the indeterminacy that arises from omission. In general, not everything is stated that could be stated and much is assumed. What is said may be alluded to rather than fully explained. There is a very high degree of omission in some kinds of language use, particularly conversational exchanges, where what is assumed to be shared knowledge or unimportant is generally left unsaid.

What makes indeterminate utterances intelligible is the process of inference (also called implicature), which refers to guesswork based on an understanding of how language works and the context it is used in. I was reminded of this the other day when a Senegalese friend who was visiting Barcelona for the first time told me how she had spent the day getting on and off the metro by the simple expedient of following people through the ticket barriers. Unware of the risk, she bought no ticket all day. (Indeed, why isn’t urban public transport free at the point of use?)

We become experts at this kind of thing over time. So-called implicatures seem so second nature that we fail to realise that such meanings are added to the exchange by the train passengers, through inference. In fact, the roles, turns, possible outcomes, etc. of travel ticket inspection are diverse in different places and on different kinds of transport:

In general, texts suggest specific contexts and contexts suggest interpretations of texts. The ambiguity of incomplete texts or incomplete knowledge of contexts makes language use into a kind of puzzle. Sometimes, we can feel completely lost and just exclaim, “I don’t know what you mean.” On other occasions, we will carry on participating (conversing, listening or reading) in the hope that things become clearer in due course.

More often than we would like to admit, we are forced to take a view without a great degree of confidence. Sometimes this can have dire consequences and, as in the unfortunate case of Derek Bentley above, language can be murder.

*In the 1990s Bentley was posthumously pardoned and his conviction overturned.