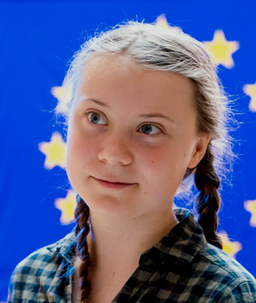 Greta Thunberg is Time Magazine Person of the Year 2019.

Once again the month of December brings us a selection of words of the year. This time Tradiling is focusing on English. Here are a few of the awards that have been announced so far.

Read about other popular words in the Australian vote.

Have you got any favourite words from 2019? We would love to hear from you.

All the best for the end of 2019 and a great new year for all Tradiling readers!

I’m a teacher living in Osona, Spain. I'm into tennis, dogs, and chickens. I’m also interested in translation and Moodle (well, digital tools for teaching, in general).
View all posts by Richard Samson →
This entry was posted in English, Fun, Word reference. Bookmark the permalink.