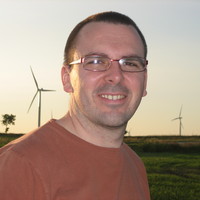 Translation students and teachers were especially delighted to welcome Dr Ricard Viñas-de-Puig back to Vic, where he delivered his talk “Indigenous and endangered languages: Ethical and theoretical issues in linguistics” on 14 December. After completing his studies in Translation and Interpreting at UVic in 1998, Ricard went on to earn his Master’s in Spanish Linguistics and his PhD in Linguistics at Purdue University (Indiana), and now teaches and conducts research at East Carolina University (North Carolina). In his fieldwork and community-based research he has collaborated with the Mayangna people of north-eastern Nicaragua, as well as with indigenous and Latino communities in the United States. After delivering his talk in Vic, Ricard was interviewed by Ronald Puppo.

Ronald: Can you tell us a bit about your trajectory after graduating from UVic, and your experience at Purdue?

Ricard: After graduating from UVic in ’98, I worked as a freelance for a year while applying for graduate school. I was admitted at Purdue University (Indiana), with funding as a Teaching Assistant. I have to admit that I didn’t know what I was going to study; I just knew that I would do an MA and teach Spanish at the same time. On my first working day there, after speaking with a professor (who eventually became my advisor), I decided that I would take the linguistics route (instead of the literary). Those two years (1999-2001) were great—a life-changing experience for me. Not only did I meet a lot of excellent people, who I had great fun with, but more importantly I discovered the true world of linguistics. I became interested in language and languages (more so than I was before), and I began to wonder why some things are possible, why we say certain things the way we say them. In a nutshell, I became a (beginner) linguist.

After fours years back in Catalonia—where I worked as a translator (both as a freelance translator and for a translation agency) and a short spell at the English-language Catalan newspaper Catalonia Today—life’s twists and turns made me decide to take up my career abroad again. So in 2004 I applied to the PhD program at Purdue, where I was once again admitted, and went back to the US in 2005. There, I completed my doctoral degree in linguistics (2009). During those four years, I truly found my professional passion: indigenous and endangered languages, syntax, and promoting underrepresented languages. In 2009 I found a position as an assistant professor at East Carolina University, where I continue to teach and do research today.

Ronald: What are some of the contrasts/similarities between East Carolina University and your university experience here in Catalonia?

Ricard: I would have to say that ECU and UVic are very different; actually, university life in the US is quite different from university life in Catalunya. The first difference has to do with the educational purpose of the university as an institution. In the US, my experience as a graduate student, instructor, and now professor tells me that the university is a place where students round out their education and prepare themselves for the job market; education is more general (there are more general courses, interdisciplinary) when compared to Catalan universities. In a way, American universities are like a continuation of high school. This is even more so in universities like ECU, which are not heavily research-focused, and where the level of education is lower when compared to other US universities. In Catalonia, university degrees are more focused (with less general content), which allows for greater specialization at the undergraduate (Grau) levels. At the graduate level (MA and PhD), the availability of funds and resources makes US universities better places to work and study. And this gap, due to the ongoing economic crunch in the European Union, seems to be widening.

As for the other components of university life, differences are obvious. US universities—with their dorms, fraternity and sorority houses, and on-campus living in general—become strong communities, where students live together. Catalan universities are places to go to class and study; life happens elsewhere, usually in the city. With all this in mind, if I had to do things all over again, I think I would do them in the same order: an undergraduate degree in Catalonia, and postgraduate degrees in the US.

Ronald: What is your impression of the recent November presidential and legislative elections in the U.S.?

Ricard: I personally think that the results were good. In recent years, with the emergence of the Tea Party, US politics have been rapidly leaning to the right, and now the “center” is further to the right than it was a few years back. A Republican in the White House would have meant a sharp turn to the right, not only in the economic sphere, but also in the social. That said, this doesn’t mean that Obama is flawless. Some of his policies have led to restrictions on people’s rights (and this is something that is usually ignored), and he has failed to keep many of his promises. But I think that, overall, his policies and especially his ideals are closer to the egalitarian society I believe in.

Ronald: How do you see the future of Catalonia given its current political and social context?

Ricard: As a Catalan, I truly hope that we can decide, as a people, what we want to be. We are at a very important time in our history, and it seems that it is a once-in-a-lifetime opportunity, a now-or-never type of situation. But I also think that this sentiment (expressed in the 11S demonstration in Barcelona) has been used by many (especially those in power, not only in Barcelona but in Madrid as well) as a smoke screen, as a cop-out, so that they don’t have to talk about the real issues, like the loss of fundamental rights, while at the same time corruption is rampant and nothing happens to the culprits in power. With every passing day, I get the impression that they are deceiving the people and taking advantage of our desire for self-government. As for the future, I do not know what is going to happen. If a referendum (or “consulta” or what-have-you) ever takes place, I surely hope that the affirmative votes win it; otherwise, a very strong sense of frustration will be added to an already strong sense of social injustice. Ronald Puppo
Ronald Puppo is a research fellow at the University of Vic – Central University of Catalonia, where he has taught translation and English studies since 1994. He has published in journals such as Babel, Catalan Review, Translation Review, and contributed chapters for volumes at Reichenberger and Routledge. He has translated several Catalan poets, notably Jacint Verdaguer (1845-1902) and Joan Maragall (1860-1911). His full-length, annotated translation of Verdaguer’s epic Mount Canigó: A tale of Catalonia was awarded the 2016 “Serra d’Or” Critics Prize for Research in Catalan Studies.

Ronald Puppo is a research fellow at the University of Vic – Central University of Catalonia, where he has taught translation and English studies since 1994. He has published in journals such as Babel, Catalan Review, Translation Review, and contributed chapters for volumes at Reichenberger and Routledge. He has translated several Catalan poets, notably Jacint Verdaguer (1845-1902) and Joan Maragall (1860-1911). His full-length, annotated translation of Verdaguer’s epic Mount Canigó: A tale of Catalonia was awarded the 2016 “Serra d’Or” Critics Prize for Research in Catalan Studies.
View all posts by Ronald Puppo →
This entry was posted in Postgraduate studies. Bookmark the permalink.